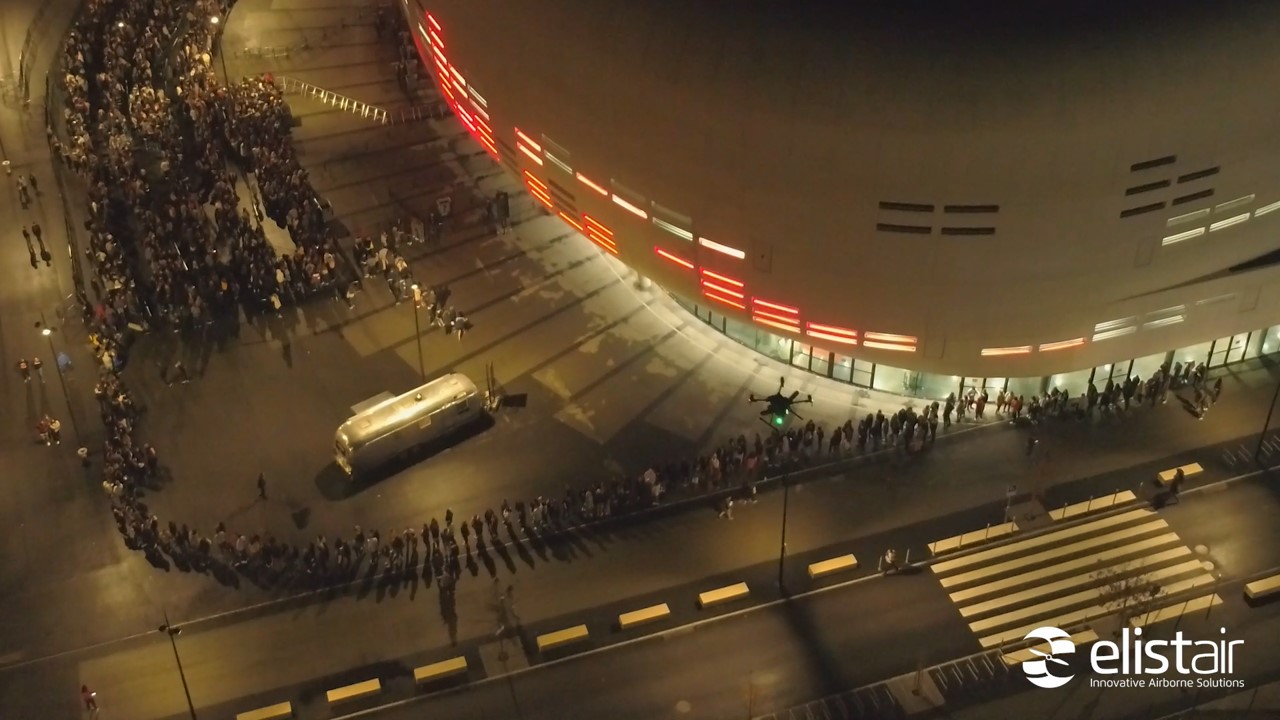 On November 30th, fans of French singer Orelsan were able to enjoy the singer’s music with increased security provided by drone technology. To assist the police in the vicinity of the concert hall, a DJI M200 UAV connected to Elistair’s Ligh-T tethering station was specially deployed.

Powered from the ground, the drone flight lasted several hours, compared to 25 minutes for a conventional drone, and helped secure the perimeter of the arena.

The tethering station: an innovation that pushes the limits of UAV technology!

To ensure the safety of the organizing teams, fans and artists, the UAV service company Adéole and the city of Floirac decided to use a new form of video surveillance of the public areas: a DJI Matrix 200 UAV, with Zenmuse Z30 full HD camera, connected to Elistair’s Ligh-T tethering station. 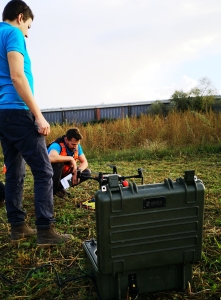 Connected to the ground by a micro-tether, the UAV flew over the zone before,   during, and after the concert without the interruption that comes with changing   batteries. Access, entrances, exits, roads, flows of people and vehicles were able to   be monitored safely and effectively. Thanks to the tethered drone, security teams   were able to have constant situational awareness of an area with a radius of 1.5 km.

“The objective of this mission was to monitor traffic conditions before and after   Orelsan’s concert. We flew 2 hours 45 minutes before the concert and 1 hour after   with Elistair’s system. This innovation allowed us to significantly increase our flight   time! During our previous missions, we did not have this system and the pressure   related to battery life was huge. We were positioned on a site between the concert   hall and the car park. The flights were carried out at a maximum height of 50 m,   allowing all the traffic routes near the site to be monitored.”

Directly displayed to the control room, the video surveillance images provided the police officers with a deep understanding of the situation and allowed them to take the quickest and most appropriate measures.

“Our objective was to assist the municipal police in relieving traffic congestion. The use of this tethered drone was a great asset for police officers and helped to reduce traffic congestion by 45 minutes. In addition, thanks to this system, we were able to trace a person wanted for public drunkenness” adds Alexandre Auger.

Flexible, reliable and portable, Elistair’s Ligh-T station is designed to operate  in  challenging weather. Deployable in less than 5 minutes, it provides  continuous power for an unlimited flight duration, and allows flight  monitoring via the smart surveillance application T-monitor. In addition to  providing power, data can also be transferred securely through the tether.

Designed to be used in highly challenging operational conditions, the Ligh-T  station can be used by day or night and provides safe and persistent flights.  Perfectly adapted, among other applications, to deployments in urban areas  close to infrastructure and the public.

Elistair tethering systems, including the autonomous Orion UAS, have already  successfully provided surveillance for major international events in 2018.  These include The Bol d’Or (24 hours International Motorcycle Championship  –  70,000 spectators), the Ryder Cup (300,000 participants), and the Paris  Peace Forum (70 heads of state).