Orion: The Persistent Tethered Drone designed for Surveillance and Communications

We are incredibly excited to announce the launch of ORION UAS, the next generation of persistent tethered drone systems.

Increase your mission capacity with endurance up to 10 hours and more. Fully designed for extended flight times in various environments, ORION UAS is based on strong industrial components. It integrates Elistair’s patented micro-tether system Safe-T and ensures a secured and continuous power supply from the ground.

The persistent drone system has high grade industrial motors and multiple redundancies including autopilot sensors, motorization, power distribution, logical controls, and an emergency parachute system. ORION UAS is designed to sustain fierce winds with a maximum stability for its size-factor. 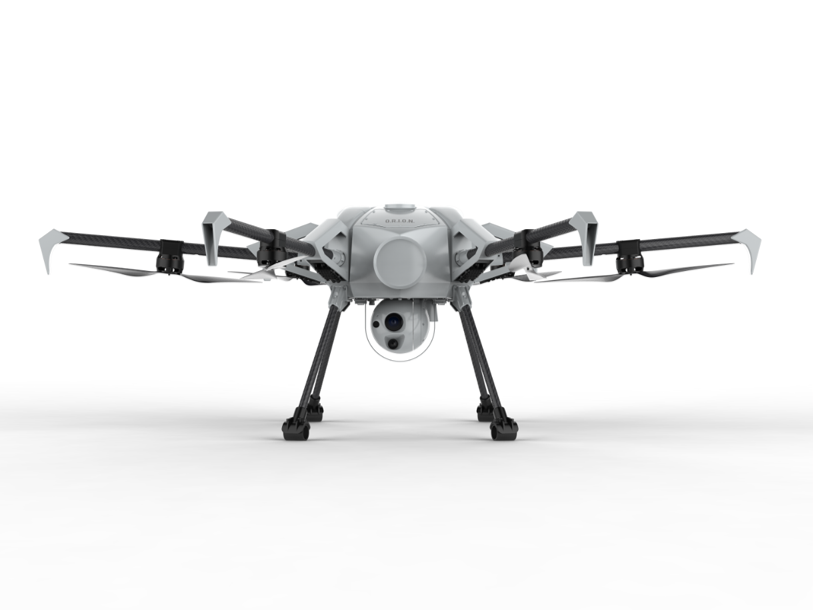 Cover large areas and don’t miss the action, with ORION powerful vision capabilities. It has a day and night surveillance camera combining state of the art gimbal stabilization and crystal-clear imagery with low latencies. Using its X30 optical zoom, ORION UAS can detect a moving person over kilometers. With the Safe-T micro-tether (our high-speed and interference-free data transmission technology), Flir and Sony leading industrial sensors, ORION UAS camera is the ultimate solution for persistent aerial surveillance.

The drone system has high grade industrial motors and multiple redundancies including autopilot sensors, motorization, power distribution, logical controls, and an emergency parachute system. ORION UAS is designed to sustain fierce winds with a maximum stability for its size-factor.