A Busy Roundabout in Lyon 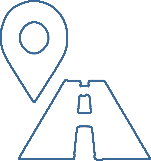 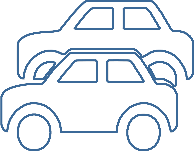 Located in the Auvergne-Rhône-Alpes region in France, the city of Lyon is at crossroads between Paris and the second biggest French city of Marseille. With more than 2 million inhabitants, the metropolitan area of Lyon is the second largest behind the French capital.

Persistent aerial monitoring: Embarking video camera equipment, the hexacopter drone is tethered to the Elistair Safe-T station. The drone performed a 3 hour non-intrusive static flight positioned at a strategic observatory ahead of the traffic. In this configuration, the system is able to ensure continuous monitoring up to 70m high. For security, a 50m radius zone is demarcated under the drone to keep clear of populated areas and prevent any danger.