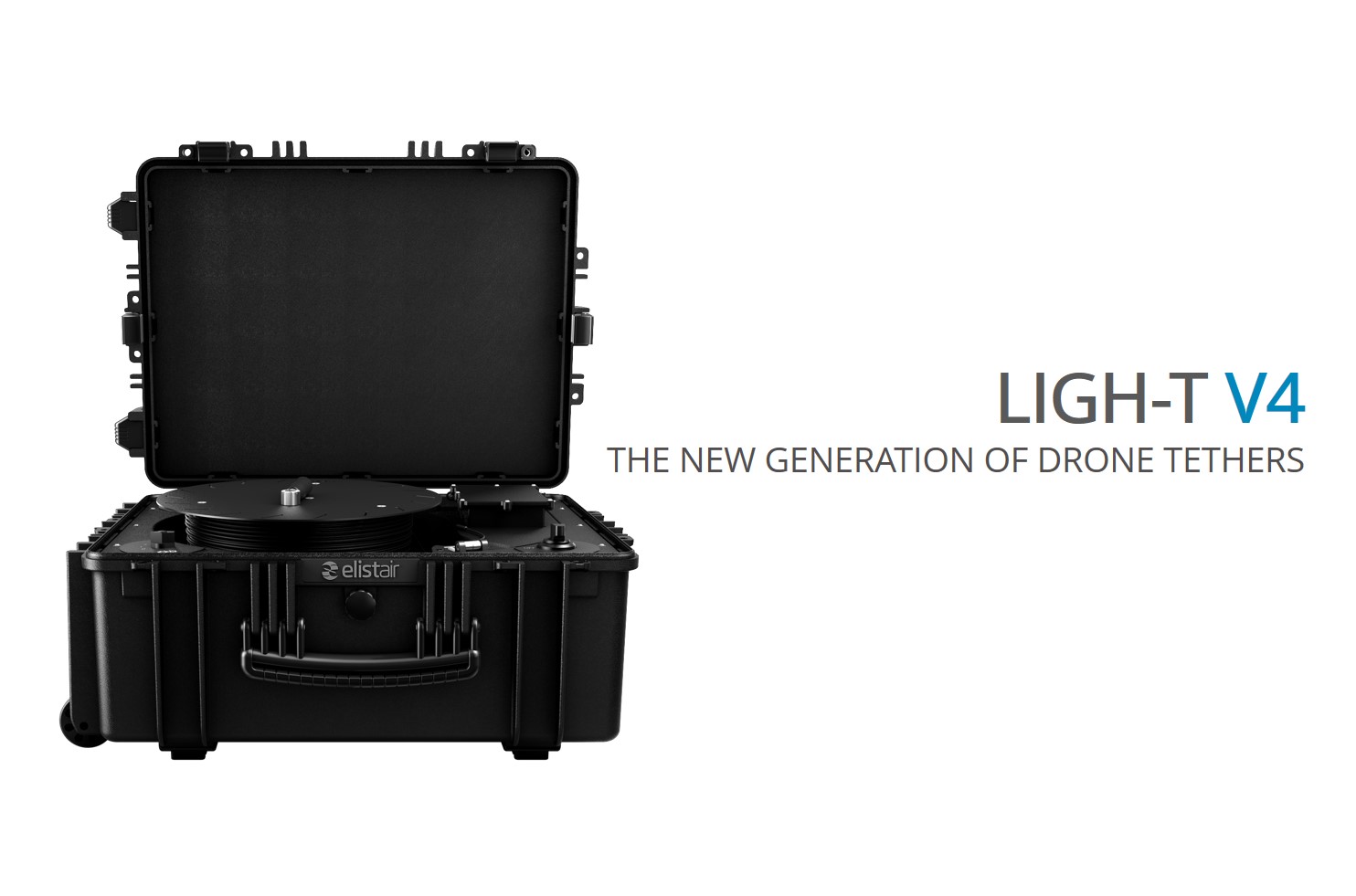 Elistair is delighted to unveil its Ligh-T version 4, the new generation of drone tether system, offering unlimited flight time to 20 of the most popular commercially available drones so far, fully compatible with DJI’s M200 V2.

Chicago, USA, April 29th, 2019 – Elistair launches the Ligh-T 4, the newest version of its rugged and compact tether station for drones, at XPONENTIAL 2019, one of the largest international trade shows dedicated to drones and industrial robotics.

With the first version released back in 2015, Ligh-T has been widely deployed by police forces, public safety, private security and industries in over 50 countries, and was selected by for various major events such as the Superbowl 2019 held in Atlanta with CNN or Trinidad Carnival 2019 known as the biggest carnival in Caribbean.

With its experience and its large tethered drone customer base in more than 50 countries, Elistair proved itself capable of providing drones users with mission-critical and game-changing technology. Keeping up with its goals of flexibility, robustness and mobility, the Ligh-T 4 sees itself endowed with new features designed to facilitate operators’ workflow. 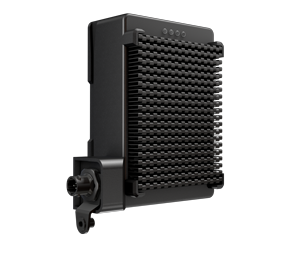 The micro-tether is also equipped with a new Dual Mode Tether Management system (DMTM), enabling smart motorized control of the micro-tether tension while allowing the user to manually wind and unwind, in case of power outage for instance. Housed in a rugged cased with an open and accessible interface, the system is easily transportable, optimized for easy maintenance and fully protected from the elements, allowing it to be deployed quickly in the most demanding and challenging conditions. 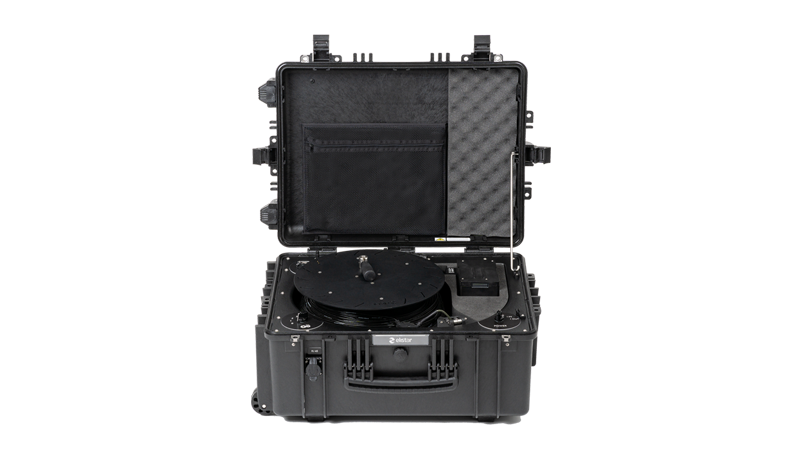 It is the perfect plug-and-fly tool to have to ensure fast and safe surveillance, defense, public and private safety, incidents/natural disasters assessment and pop up telecommunication missions.

The smart system is completed by the T-Monitor application that allows a full monitoring of the drone tether station’s state during each flight.

The Ligh-T V4 has been thought, designed, manufactured and tested to meet the needs of operators seeking a modulable, ready to use and rugged tool.

More information about the Ligh-T V4